Religious wars plagued Europe. The Thirty Years War claimed up to 40% of Germany’s population. Many towns were completely destroyed in the conflict that pulled not just the Germans, but so many of Europe’s other leading powers into the abyss.

Such a conflict inevitably spread beyond the European continent. The Dutch, who were also fighting their own religious war against the Spanish took advantage of the crumbling Portuguese and Spanish overseas empire during this time, while constant pressure from the Turks added bloodshed in Southeastern Europe.

King James anxiously watched from his island haven, especially as many of his relatives played key roles in the continental fight. He had to navigate those stormy times, but his piloting the English ship of state soon led to fallout that erupted into the English Civil War during which James’ son Charles lost his head.

Politics and religion mixed with devastating effect. The combination scarred the European landscape literally and figuratively for generations to come. Because of these horrific events many looked to escape the scene. They wanted to exchange the centralized, top-down governmental religious control responsible for Europe’s implosion.

Those settlers who wanted to escape sought refuge in the New World, and many of them leaving England found freedom to exercise their faith in Virginia.

Virginia was officially an Anglican colony, especially after 1643, but Puritans, Catholics, Huguenots, Baptists, and other groups filled the landscape. In time these groups started to work together in a way that influenced America’s religious thought, and brought about toleration. No longer would people be tied to whatever belief the king or government held. Individuals would be allowed to hold personal convictions that they’d be responsible for in front of God alone. 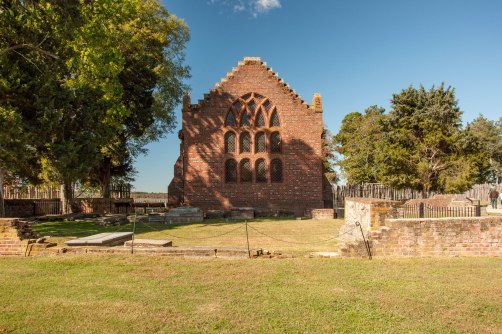 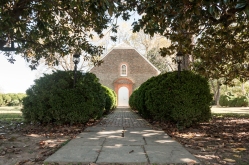 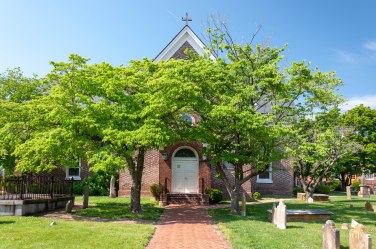 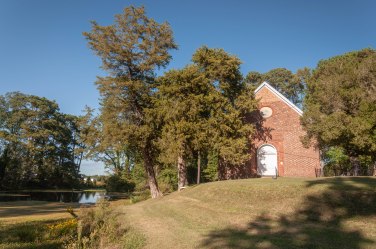 All photography used on this site is owned and copyrighted by the author. The Featured Image is of Historic St. Luke’s Church in Smithfield, Virginia.

Music used for this episode – Louis Armstrong and the Mills Brothers,”Carry Me Back to Old Virginia” available on iTunes, and Cello Suite No. 1 in G Major BWV 1007:1 Prelude by Johann Sebastian Bach, performed by Yo-Yo Ma, also available on iTunes.