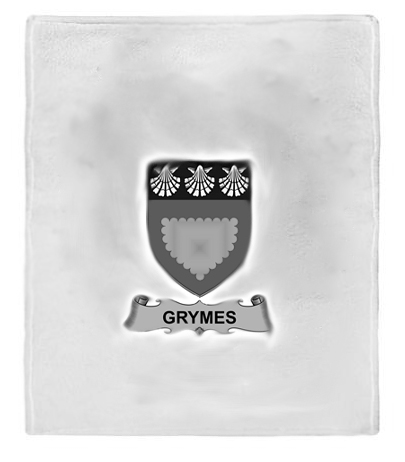 The Grymes have a hazy beginning in Virginia. The consensus is that they came from Ightham, England through Reverend Charles Grymes, but there are other theories. Bishop Meade, a Grymes descendant himself, claimed that they came from Thomas Grymes, Lieutenant General in Oliver Cromwell’s army. Famed genealogist Louise Pecquet Du Bellet recounts the same theory in her monumental work. But evidence supporting the claim is lacking. Either way, we do know who the Grymes were by their second generation.

From that generation onward we know a fair amount about this prominent Middle Peninsula family. They owned much land, served in high offices, and married very well. But by the late 18th Century the Grymes wealth had been spread thin, either by poor financial management, or inheritances which moved holdings out of the family.

The name still carried some weight into the 19th Century, especially as Grymes women continued to marry very well for themselves. However, those marriages served to spread remaining Grymes wealth throughout Virginia, and eventually out of the Commonwealth, furthering their slow decline.

Today little is left other than what was once Grymes’ land or tombstones of their most well-known family members. But they were once a proud family, a family that could rightly boast of their position among Virginia’s elite.

All photography used on this site is owned and copyrighted by the author unless otherwise noted. The Featured Image is of the Grymes Family Crest.

It was a true pleasure to interview @thelafayettetrail Julien Icher. If you haven't listened to this episode yet, please find the link on our website, as well as links to The Lafayette Trail. It's fantastic!
Happy 285th to one of the greats!
Sometimes it's the 65+ hour workweeks that hinder podcasting, sometimes it's my cat.
"The best families are tangle of fishhooks, so closely interlocked that it is impossible to pick up one without drawing three or four after it." William Cabell Bruce.
My youngest and his friend dressed up Poe a little, and it's perfect 😆
Merry Christmas from the Virginia History Podcast!