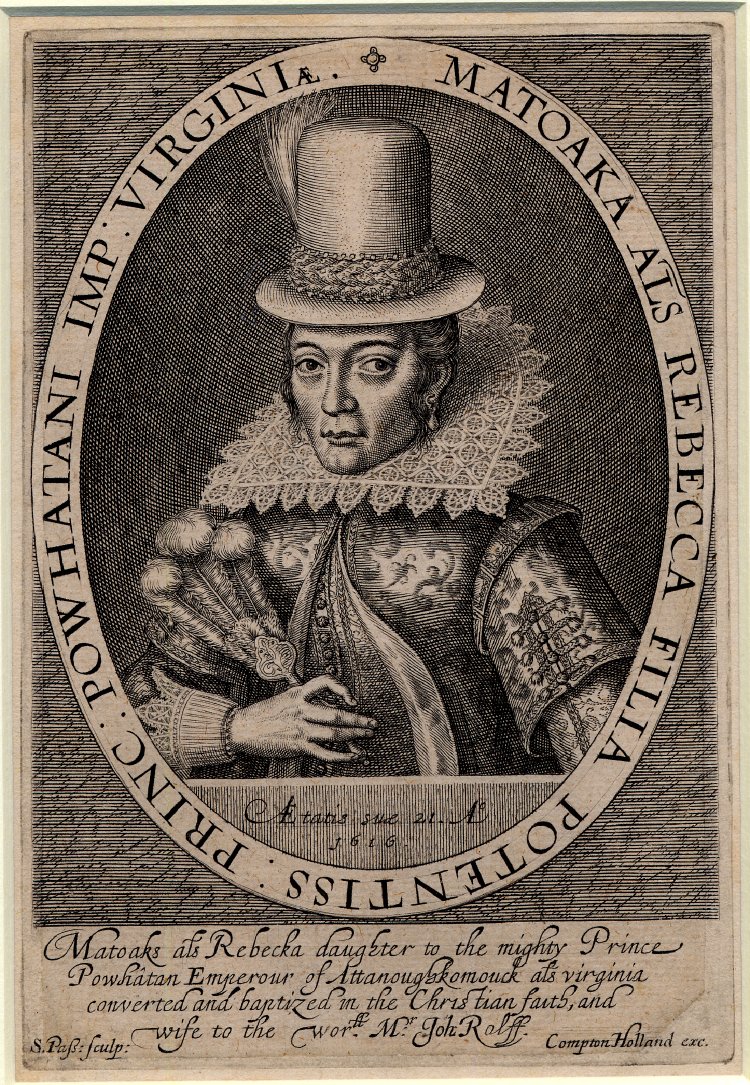 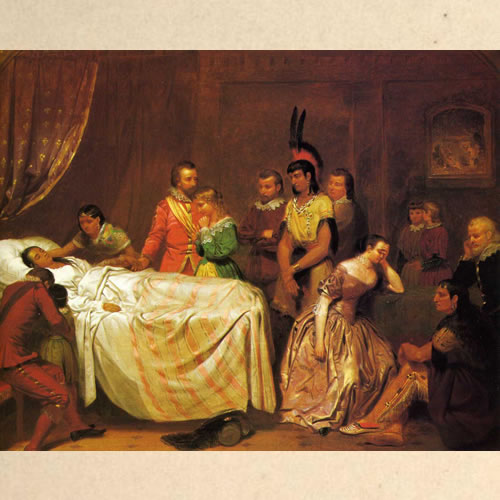 Thomas Dale’s Virginia still suffered under his heavy-handed rule in the early 1610s, but the Rolfe/Pocahontas marriage as well as semi-relaxed private property laws began to have a noticeable affect upon the colony.

Rolfe took advantage of those newly relaxed laws by introducing a new tobacco strain, the Spanish, sweet-scented Orinoco along the James River. Soon after Rolfe’s successfully growing the weed, and sending a 1,200 lb crop to England, other Virginia colonists began growing the crop on the many plantations that sprung into life after 1613.

The Virginia Company began granting land to new settlers both old and new after Samuel Argall ascended to the Lieutenant Governorship. More than 30 plantations were founded upon which Tobacco became the chiefly grown crop. Virginia was now showing signs of profitability, and many believed it to be due in part to the Rolfe/Pocahontas marriage as well as Rolfe’s experimental work. They were now Virginia’s most famous people, and England wanted to see this early modern power couple.

The Rolfe’s journeyed to England in 1616, were a hit, helped bolster the Virginia Company’s books. But the successful junket came at a price. The Powhatan natives were affected by the dirty English civilization. Pocahontas fell ill and died at the outset of their return journey to Virginia. Further, one of Pocahontas’ attendants, Tomocomo, spread his negative reviews to powerful Powhatan leaders upon his return.

Those words had an affect, as Opechancanough, Powhatan’s successor, let the words fester, and began plotting an attack against the English.

All photography used on this site is owned and copyrighted by the author unless otherwise noted. The featured image is the only known picture of Pocahontas from her lifetime. It was done by Simon Van de Passe upon Pocahontas visit to England. The next image is The Death of Pocahontas by Junius Brutus Stearns.

Music used for this episode – Louis Armstrong and the Mills Brothers,”Carry Me Back to Old Virginia” available on iTunes, and “From This Valley by the Civil Wars“, available on Soundcloud.