The (Adam) Thoroughgood House has a lot of mystery surrounding it. At one time it was believed to be the oldest brick house in America, perhaps built by Adam Thoroughgood himself. Later work on the house put the house’s construction to 1719, almost 80 years after Thoroughgood died in 1640.

Other mysteries surround the famous Virginia Beach dwelling, such as whether or not the house is haunted. Many say no. Those who disagree on the otherhand tell rather compelling stories about eerie encounters.

Famed Virginia Ghost Storyteller L.B. Taylor paid the Thoroughgood House a visit in order to record some of those frightening stories for his book The Ghosts of Tidewater. 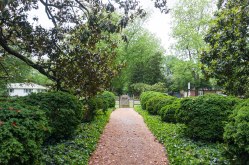 The Thoroughgood House is in the middle of a serene neighborhood close to the Lynnhaven River. 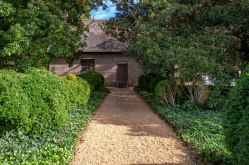 One of the famous Thoroughgood House Chimneys

Dining Table at the Thoroughgood House

Desk at the Thoroughgood House

A downstairs room at the Thoroughgood House

Is this upstairs room haunted? 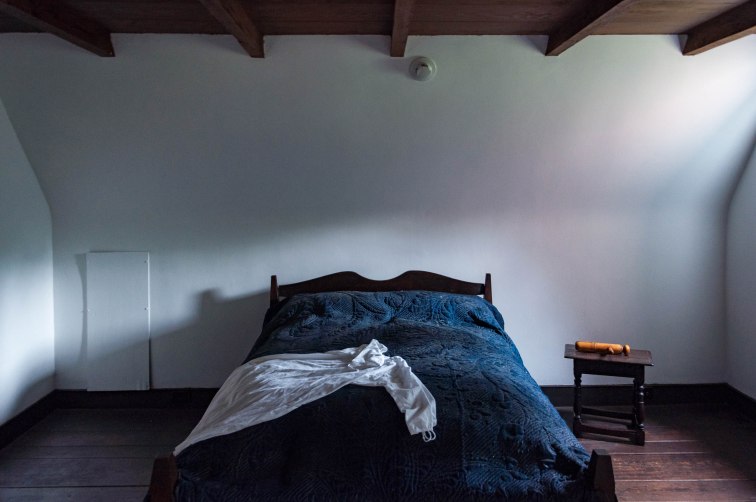 The upstairs bed said to have been impressed by a ghost

Plan a visit to the Thoroughgood

All photography used on this site is owned and copyrighted by the author unless otherwise noted. The featured image and subsequent images are from my visits to the Thoroughgood House.

It was a true pleasure to interview @thelafayettetrail Julien Icher. If you haven't listened to this episode yet, please find the link on our website, as well as links to The Lafayette Trail. It's fantastic!
Happy 285th to one of the greats!
Sometimes it's the 65+ hour workweeks that hinder podcasting, sometimes it's my cat.
"The best families are tangle of fishhooks, so closely interlocked that it is impossible to pick up one without drawing three or four after it." William Cabell Bruce.
My youngest and his friend dressed up Poe a little, and it's perfect 😆
Merry Christmas from the Virginia History Podcast!