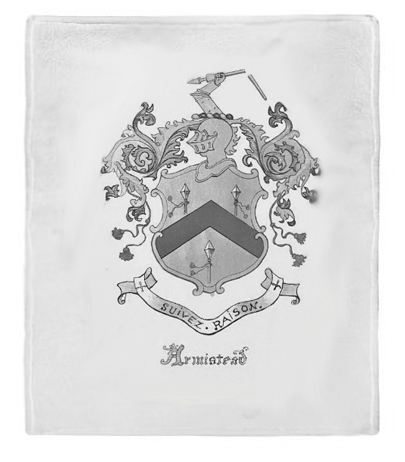 Perhaps the Armisteads, pronounced “Ahmi-steyud” by colonial Virginians, are not the most important First Family of Virginia, but their impact is without question. They feature in most First Family genealogies, including two presidential lines the Tylers and Harrisons. They also have ties to other important figures such as Robert E. Lee and Robert “King” Carter to name a few.

Along the journey, Armisteads featured in all of early America’s Wars from Independence to 1812, Mexico, and the Civil War to name a few. The most notable figures from those conflicts were William and his slave James, George, and Lewis Armistead respectively.

The Armisteads did more than fight America’s wars; however, they helped unite leading families, and build a Commonwealth as well as a newly formed Country. For that, their inclusion in the First Family list is undeniable.

All photography used on this site is owned and copyrighted by the author unless otherwise noted. The Featured Image is of the Armistead Family Crest. Photographs from top left to bottom right – Original Hesse Drawing, James Armistead Lafayette, Hesse Plantation – 1983 Lewis Addison Armistead, Hesse Plantation 1935.

Writing Virginia’s history has a long history itself reaching back to the 17th century. Telling those stories has evolved and expanded in various ways during the past 400 years reflecting differing angles, viewpoints, and ideologies. Brent Tarter’s work is part of that long history, and he adds a new volume in which he attempts to give voice to those differing angles and viewpoints.

The volume in focus is entitled Virginians and Their Histories, a title meant to highlight the people who make Virginia’s story what it is. Tarter draws from decades worth of research work to bring this book together. It’s such a work that when Mr. Tarter and I discussed doing an interview, it soon became apparent that one recording wouldn’t do his work justice. To that end, here is the third installment, which covers the end of the Civil War period up until contemporary times.

All photography used on this site is owned and copyrighted by the author. The Featured Image is of Brent Tarter’s Virginians and Their Histories.

Music used for this episode – Louis Armstrong and the Mills Brothers,”Carry Me Back to Old Virginia” available on iTunes, and Six Gnossiennes: Gnossienne No. 5 by Erik Satie, performed by Roland Pöntinen, also available on Apple Music.

I love traveling all over Virginia. Finding off the beaten path locations, eating at local dives, learning poignant stories combine to make each trip memorable. Sometimes, however, I don’t have to travel to experience all that Virginia has to offer. Sometimes it’s in my back yard. That’s the case with Fort Monroe.

Fort Monroe’s story spans more than 400 years, even longer if one includes what we know of the native Kecoughtan tribe. The original Jamestown colonists first met the Kecoughtans in Spring 1607 before the colonists sailed up river to establish Jamestown. The colonists came back, established friendly relations, and over time built a series of lookout posts that endured through some hardest struggles that the colonists suffered.

That colonial outpost became the port of entry for one of America’s great peoples. In 1619 “20 and odd negroes” from Angola arrived signaling the beginning of a new era in Virginia and America’s history. That history hasn’t always been laudable as those original settlers built new lives and saw their progeny forced into slavery by as early as the 1640s. Those slaves and their stories have left a deep imprint not only on Virginia’s historical landscape, but on her physical makeup as well.

Point Comfort and her early fortifications developed into more permanent bastions in the early 19th century, largely aided by slave labor. After the British marauded the Chesapeake Bay region and burned Washington DC during the War of 1812, the sorely embarrassed government undertook a series of forts built to ensure such an invasion would never happen again. Fort Monroe was the keystone in that military wall.

The best military engineers of the day, including Robert E. Lee, descended upon Hampton to build the stone structure, as well as her sister fort known then as Fort Calhoun, but now known as Fort Wool, just off of Point Comfort’s coast.

These engineers were so successful that when the Civil War exploded onto history’s pages the Union maintained control of Fort Monroe, and never endured a serious threat to losing control of the strategic location.

Because the Union kept control they could use the fort as a starting point of major campaign thrusts toward Richmond. But the fort was also used for something else. Area slaves viewed Fort Monroe as potential salvation. Freedom.

On one May 1861 night three slaves tested their fate. They got into a skiff near Sewell’s Point, Norfolk, and rowed across the dangerous Hampton Roads waterway to reach Fort Monroe.

The Fort’s commanding officer, Benjamin Butler, had just been installed a day earlier, and now he had a decision to make. Butler was a lawyer from Massachusetts. He knew full well the law stating that runaway slaves were to be returned to their masters under the Fugitive Slave Law, but in a history changing decision, Butler decided to keep the runaway slaves as “contrabands of war.”

Word of Butler’s decision spread, and many more slaves poured into “Freedom’s Fortress” throughout the war.

After the Civil War ended, the region’s blacks largely remained. They started schools, notably built upon Mary Peake’s pioneering work, some of which was done in Fort Monroe before her 1862 death.

The American Missionary Association brought black and white leaders together in 1868 to formalize education by starting the Hampton Normal and Agricultural Institute, today’s Hampton University. Their mission was to teach and train freed black slaves, which attracted attention far and wide, perhaps most famously, Booker T. Washington.

Because of new opportunities, America’s black history, beginning in 1619, could now be seen as beginning anew in the 1860s, and it still centered at Point Comfort. The shining monument to that storied history is Fort Monroe, “Freedom’s Fortress.” 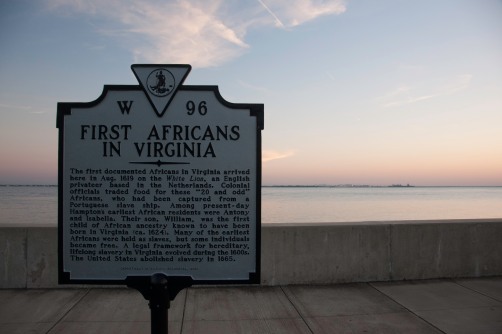 1619 was the beginning of Black History in English North America. That history began here at Point Comfort. 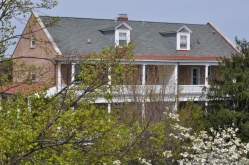 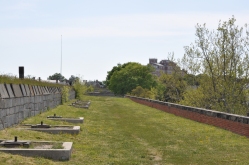 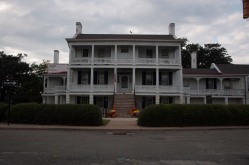 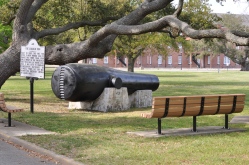 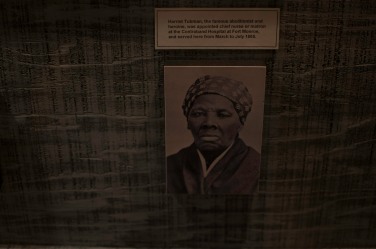 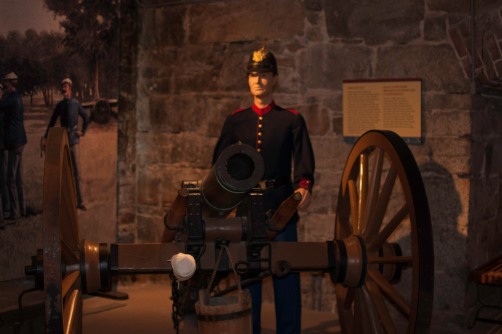 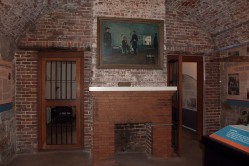 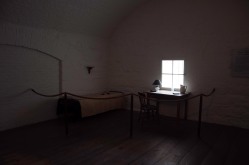 Examples of the types of shells used at Fort Monroe 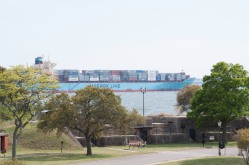 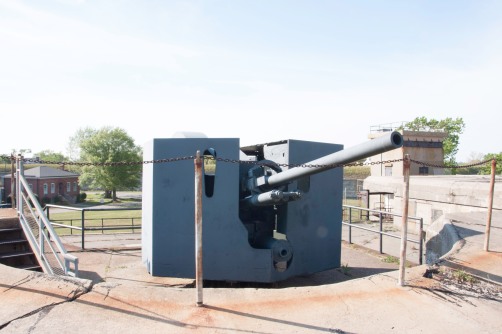 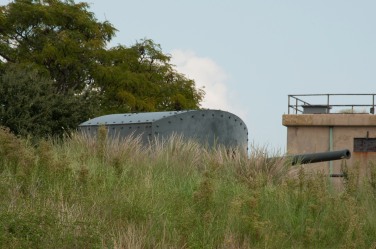 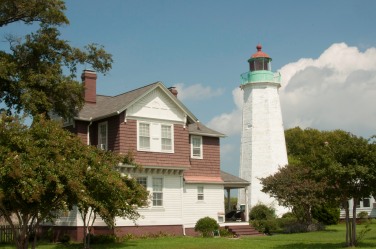 All photography used on this site is owned and copyrighted by the author. The featured image is of Fort Monroe as seen from the North Sallyport.

Music used for this episode – Louis Armstrong and the Mills Brothers,”Carry Me Back to Old Virginia” available on iTunes, and “Egmont Overture” by Ludwig von Beethoven, performed by the Chicago Symphony. 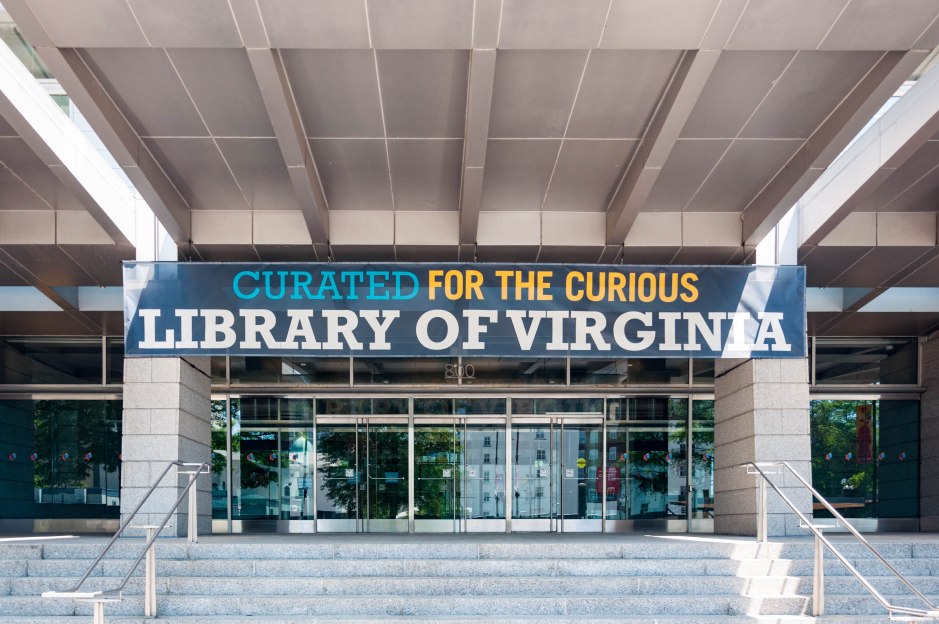 Virginia has certainly had her fair share of outstanding historical figures, both men and women. In this interview, the Library of Virginia’s Dr. Sandra Gioia Treadway and I discuss just 5 of the many important women to have graced our storied past.

Women highlighted in this episode are –

These women were daring, powerful, and brilliant. Tune in to hear what made them great! 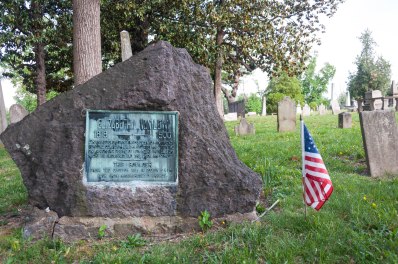 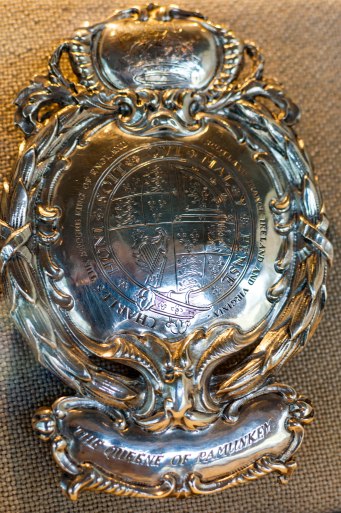 The Pamunkey Frontlet, presented to Cockacoeske as a gift from King Charles II 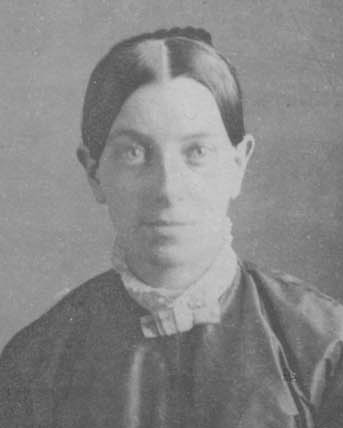 All photography used on this site is owned and copyrighted by the author. The Featured Image is of The Library of Virginia, Richmond, VA. The Caroline Putnam portrait can be found on Wikipedia.