While working at what is today the Library of Virginia, Dr. Kukla was asked to undertake a project concerning the General Assembly which led to his thesis challenging research. His work was packaged in the brilliant “Order and Chaos in Early America: Political and Social Stability in Pre-Restoration Virginia” which was featured as the lead article in the April 1985 American Historical Review.

Dr. Kukla argued that Pre-Restoration 17th Century Virginia was anything but chaotic and did indeed have order. That order may not be what we think of today, yet the foundations that Virginia settlers laid down in the 17th Century allowed for subsequent generations to build a strong colony. That colony would then go on to profoundly influence America’s founding generation, which in turn built what was then a radically different governmental/political entity that the world had never seen.

All photography used on this site is owned and copyrighted by the author. The Featured Image is of Dr. Jon Kukla from our interview at the Library of Virginia.

Music used for this episode – Louis Armstrong and the Mills Brothers,”Carry Me Back to Old Virginia” available on iTunes, and Fantasia on a Theme of Thomas Tallis by Ralph Vaughan-Williams performed by the Sir Andrew Davis and the BBC Symphony Orchestra also available on iTunes. 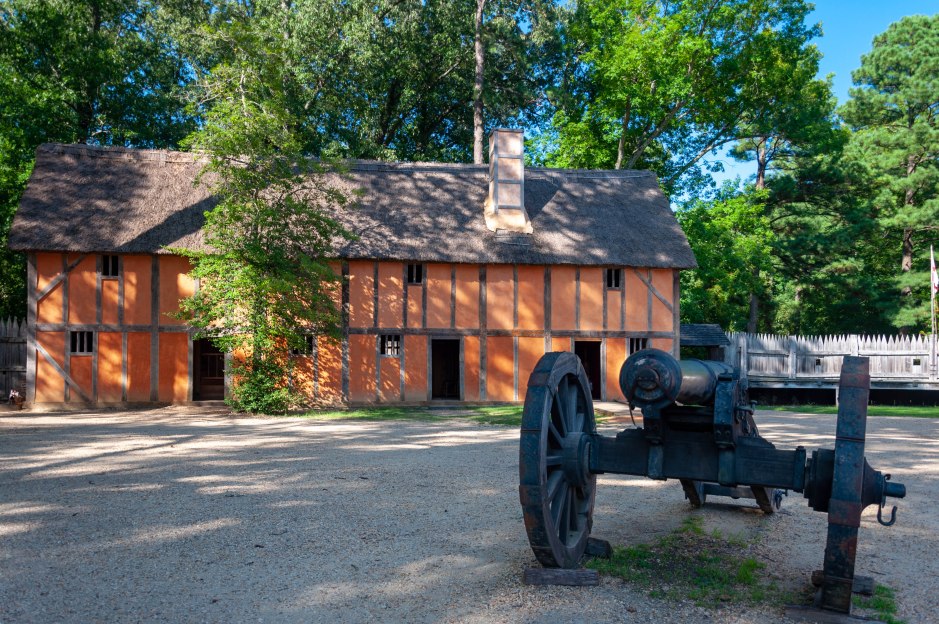 Virginia’s history boasts many firsts. One of those firsts was the 1619 meeting of the House of Burgesses. It was a major event in that it was the first time a representative governmental body had met in the New World.

The meeting would set the example  for future generations as Virginia and her sister colonies developed a tradition that would over time bring freedom not only to themselves, as at first, but to all, including those who were not represented in that first meeting.

It was my distinct pleasure to interview the Jamestown-Yorktown Foundation’s Nancy Egloff. We discuss how the House of Burgesses formed and evolved in the 17th Century, as well as how the body evolved and influenced later generations. I trust you will find this episode informative and enjoyable.

All photography used on this site is owned and copyrighted by the author. The Featured Image is just inside the entrance to Jamestown Settlement’s James Fort.

The Virginia Colony made great strides throughout 1619, and arguably the greatest was the formation of representative government, the first such government formed in the New World.

The Company didn’t want to loosen the reigns as freely as they did, but once the steps were taken, the representatives didn’t look back. John Pory guided the proceedings, which lasted 5 days from July 30 to August 4, and set the tone for future Virginian as well as American government into motion.

Because of this precedent, the House of Burgesses is a more than worthy topic of study, especially in that the original House is still with us today as the House of Delegates, the lower body of the Virginia General Assembly, and many great men sharpened their political acumen therein.

All photography used on this site is owned and copyrighted by the author. The Featured Image is of the current Jamestown Church’s Choir, where the first Assembly would have met.